My Thoughts on Five Feet Apart

**This blog post may contain some spoilers on the movie, so if you're planning to see it, I'd come back and read this after.**

Yesterday evening I went to see the new movie Five Feet Apart with some past coworkers and friends (all knew about me having CF). After the movie, we had an awesome conversation about CF. That's EXACTLY what I was hoping this movie would do -- pique people's curiosity about CF. The more they know, the more they'll (hopefully) be inclined to spread the word and help us raise funds to help find a CURE.

I was really excited about getting more awareness for Cystic Fibrosis from this movie. CF is not a very common disease, with only about 30,000 people diagnosed in the United States and about 70,000 total world-wide. Cystic Fibrosis has no cure and affects almost every patient differently, which is a major hurdle for researchers and scientists because they can't create a "one size fits all" medication for everyone.


Before going to see the movie, I was expecting it to be a love story about two people with CF who couldn't come within five feet (six feet is the CF Foundation guidelines) of each other for the fear of passing their bacteria to one another. I assumed it would be focused more on their love story, with a little mention of CF throughout the movie. I assumed that one of the main characters would die at the end of the movie and that I'd be an emotional basket-case throughout the whole thing.

I was pleasantly surprised throughout the movie because there was a huge focus on CF. I felt the movie did an excellent job explaining typical CF treatments like the Vest, nebulizers, enzymes, countless pills/vitamins, using a g-tube, IV antibiotics and oxygen. They even showed one of the main characters cough and spit out mucus (you could hear the eww from the teenagers in the theater) as I thought to myself story of my life. The actress who played Stella was eerily similar to Claire Wineland, but in a good way. I felt that the actors/actress displayed what it's like to have CF pretty accurately. There were many lines throughout the movie that really hit home for me, too, especially when one of the characters, Poe, was talking about CF being a burden on our significant others (how they're just waiting for us to die -- I can't remember exactly what it was anymore & it's driving me crazy). Either way, even though I am not nearly as sick as the characters in this movie, I have had several friends pass away from CF and know that the actors' portrayal was very accurate.

Of course there were several "Hollywood" moments throughout the movie that were added for dramatic affect that would not be realistic (running up staircases on oxygen, a pool in a hospital, Stella's immediate wake-up after transplant & not even cringing while crying about Will...etc), but going into it, I knew that was a possibility and it didn't change the way I felt about the movie.

I am SUPER excited for more people to see this movie, especially those who may not know much, if anything, about Cystic Fibrosis. I think this movie is going to have a huge, positive impact on the way people understand CF and how important it is for us to continue fighting until we have a cure!

So overall, YES I felt this movie portrayed CF in an excellent way. YES, I think it's awesome for the CF community to finally get some recognition. YES, I'd definitely see it again...and possibly take notes on my favorite quotes. :) If you go see it and have more questions about CF, I'm an open book, so ask away.

Below I've added a couple links to interviews with the actress who plays Stella and the director of the film, posted by the Cystic Fibrosis Foundation. I found them very interesting & they gave some more background on the movie. **Oh, and I really want to read the book, too**
Part 1, Part 2, Part 3
Posted by Colleen at 8:54 PM 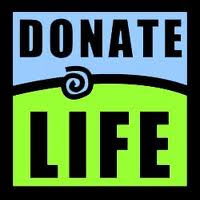 Thanks for stopping by! You're visitor number:

My husband, Tim, and I 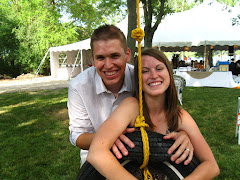 What I Write About

Tons of other CF Blogs

My First Blogger Award - Given to me in February 2012